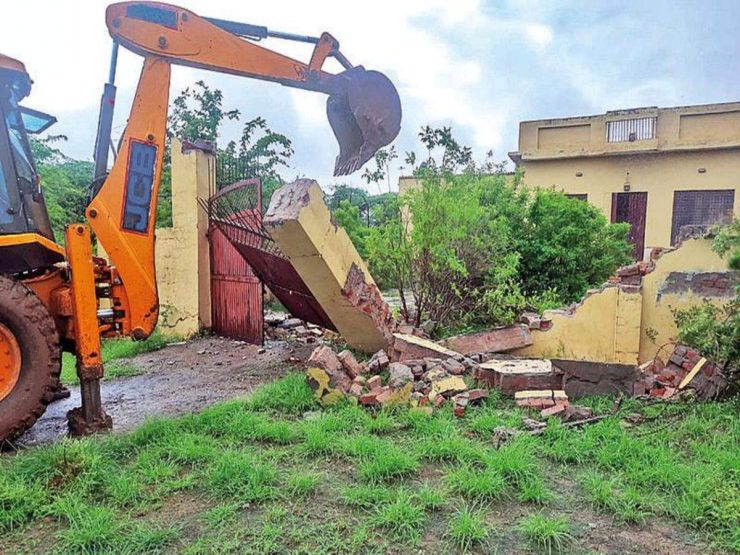 The Faridabad Forest Department has sent notices about the reason for the offer to the owners of more than 130 illegal structures in Aravalis is harming the environmentally sensitive areas. The owners had time to demolish their buildings until Monday.

The move comes after the High Court on July 23 ordered the Faridabad Municipal Authority not to pardon any illegal structures in Aravallis, including farmhouses, commercial establishments, and religious buildings, during the ongoing demolition campaign in the village of Khori village.

The Forest Department issued more than 130 notices to owners of illegal structures in Aravali districts earlier this week. They have been given time until Monday to demolish the buildings themselves. If they don’t, the administration will destroy the structures. Meanwhile, the Forest Department is conducting a drone study of the protected area. They will continue to conduct the survey for another two days to identify illegal structures in Aravalis. Seven teams made up of officials from the district administration and the forest department are conducting the survey, which will cover 5,430 hectares of forest area. So far illegal structures have been found in 500 hectares. 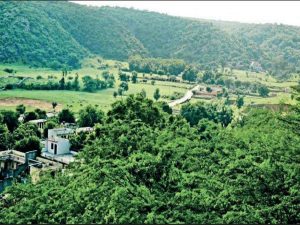 Forest Minister Kanwal Pal Gujjar said last year that a total of 60 illegal farms were built in Aravallis, 50 in Faridabad, and 10 in Gurgaon, between 2000 and 2020.
Meanwhile, environmental activists said that while the Supreme Court ordered the MCF to take action against structures in forest areas that do not have a construction plan approved by the authorities, no action has yet been taken. “It is puzzling that even after the recent Supreme Court order that MCF can demolish buildings that do not have any kind of permit, no action has been taken so far. It is being awarded to owners of illegal farms and other buildings,” said Vaishali Rana Chandra, an environmental activist.

The commission instructed the Finance Commissioner (Revenue) to establish a committee composed of the District Forest Officer, the District town Planner, the District Revenue Officer, the Executive, and the Municipal Corporation officials from the two districts to verify ownership of farmhouses in Aravalis within their jurisdiction and to submit a report within two months.

Drones to map the extent of Aravali encroachments notices next