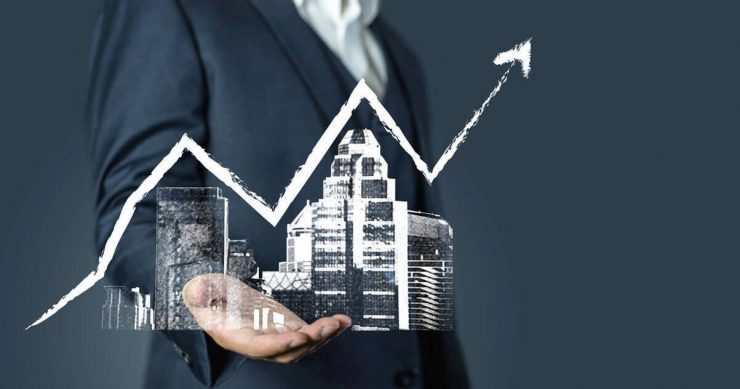 A smart city can be described as a city that uses current technology for its management and operations. In India, the Smart City mission started under the Ministry of Housing and Urban Affairs in 2015 and is designed to provide basic services and good quality of life through smart technologies. The Union Government provided funding of INR 2 lakh crore for the expedition, which was intended to reach a population of around 100 million.

Any urban community that has adequate communication systems and Internet-based data collection equipment can be called a smart city.

The top 10 smart cities to invest in a plot of land in India are:

Ahmedabad is one of the 8 major metropolitan cities in India and is synonymous with cheap luxury and the increased presence of IT centers and companies. In addition, Ahmedabad has been recognized as a UNESCO World Heritage City, the first city to become a popular destination for both tourists and home buyers, due to the historical value of the city. Ahmedabad offers the best of both worlds, keeping in mind the elegance of the old city coupled with the contemporary atmosphere. Urban development includes historic homes and communities with “swimming pools”, tall buildings, and modern skyscrapers.

Bhubaneswar is one of the fastest-growing IT centers in East India. Kalinga Nagar Industrial Zone and Paradip SEZ are among the driving factors affecting future property values. Chandaka Private Economic Information is also the main employment center recently developed by IDCO. The real estate market is well regulated because most of the accessible land is owned by the government.

Coimbatore, also known as the “Manchester of South India”, is famous for its textile industries. As the second-largest city in Tamil Nadu, it has a strong social infrastructure, transportation infrastructure, and employment prospects. The city’s activities transformed everything from textiles to education and other businesses. Even the information technology industry is making great strides in this city. These events have increased the potential for the development of the real estate market in Coimbatore.

Hyderabad, the capital of Telangana, is a rising destination for information technology and commerce. The value of real estate increased on several factors, such as good access to transportation and connectivity to the city’s business centers. Hyderabad is known to be an end-user-driven market and is undoubtedly one of the largest parcel investors in India.

Indore is well known to educational institutions like IIM and IIT. It is one of the most famous cities in India and it is developing rapidly. The city has abundant land and prices are determined mainly by investor demand.

Kochi is on the map of many IT startups and is the commercial center of Kerala. Initiatives such as the privatization of international airports and the improvement of seaports have highlighted the city’s real estate potential. There are many major projects in Kochi that are in various stages of implementation. Growth corridors in various special economic zones, industrial zones, the Malabar Coastal Economic Zone (CEZ), the Port of Cochin, and IT parks offer many job opportunities.

Thrikkakara, Kangarappady, Vazhakkala, Kakkanad, and Angamali are among the sought-after destinations to buy plots in Kochi.

Pune, one of the largest IT centers in India, has been steering the demand for residential properties in Pune through IT advancements and enhancing connectivity and public transport. The most viable and popular places for investing in plots have been the localities near IT/ITeS Parks and industrial areas.

Nagpur is the third-largest city in Maharashtra and its winter capital. The popularity of the city has increased due to its excellent social and infrastructure, as well as the rapid increase in job opportunities. Shapoorji Pallonji and L&T Infocity, two large construction companies, have announced plans to build IT parks in the 150-acre special economic zones.

Lucknow is one of the cities where the real estate sector has proliferated in the last decade. Lucknow already has an efficient metro system connecting the main intersections in the city. There are many neighborhoods in Lucknow that offer parcels of different sizes and price ranges.

Vishakhapatnam, widely known as Vizag, is one of the largest ports in India. The city’s appeal has grown as a result of its strong social and business infrastructure, as well as its rapidly expanding job prospects.

Also, Read – 15-Ways To Use Kitchen Design With Window For Better Ventilation