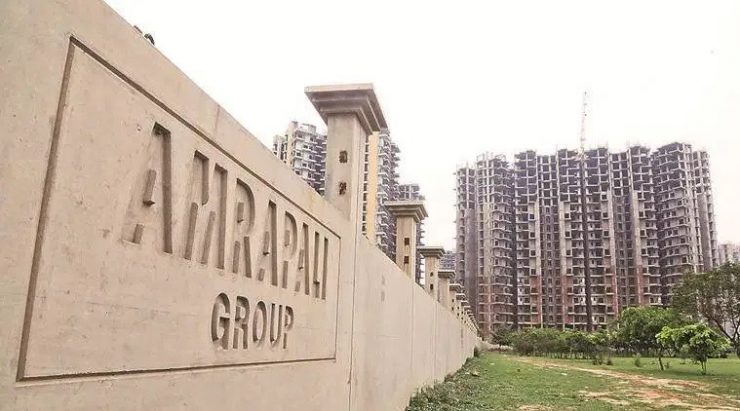 Amrapali News: An Amrapali flat buyer dedicates his flat in the Leisure Valley to Union Home Minister, Amit Shah, with a statement on a stamp sheet of Rs. 10, asking the government to pay attention to his ordeal and other buyers, and to provide a pressure fund to help complete the NBCC construction work.

Tagging Shah, Prime Minister Narendra Modi and BJP, and using hashtags like #HelpAmrapaliBuyers, #HelpModiJi #HelpAmitShaji, and Dipankar Kumar tweeted on Sunday that buyers like Amrapali buyers like him were tired of the long wait for their apartments and their hopes had been broken.

“I decided to hand over Rs 43 lakh flat in Leisure Valley to the government as a gesture of “sacrifice” in order to make a move for the sake of Amprapali buyers. With so many buyers trapped to take possession of their homes for years, forcing Amprapali to access stress funds.” Dipankar Kumar an Amrapali buyer said.

A computer engineer by profession, Kumar runs his own company. He bought his apartment in Entertainment Leisure Valley in 2014. Five years later, the 33-year-old man still lives in a rented apartment with his wife.
Dipankar Kumar’s letter, with a written statement on the stamp sheet, was sent to the BJP office.

Amrapali has over 42,000 flats, of which 14,000 have been delivered and occupied. The rest is awaiting construction.

In a recent announcement by the central government regarding stress money, the Amrapali projects were not included.

Meanwhile, the government-backed NBCC, which has built and rebuilt some Amrapali projects, is expected to deliver apartments in Eden Park and Castle, the first two of 16 stalled projects in January.

“While thousands of buyers are going through financial difficulties in Amrapali and the completion activity is not starting due to a lack of funding, we are asking the government to place Amrapali under its network of stress funds. Initial support is necessary to complete the project,” Abhishek Kumar, President of the  Noida Extension Flat Owners’ Welfare Association (Nefowa), said.

Luxury homes in Mumbai likely to experience fall in prices by 1%: report