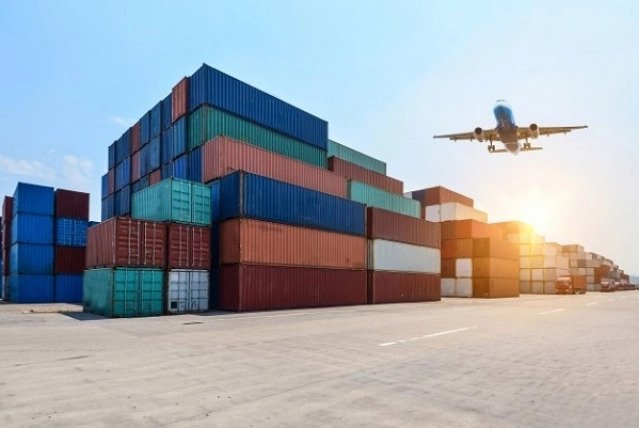 GUWAHATI: The Multimodal Logistics Park (MMLP) in Jogighopa in Assam is the country’s first international multimodal logistics park under the Bharatmala Project of the Ministry of Roads, Transport and Highways of the Government of India.

The NHIDCL Ministry of Road and Highway Transportation has commissioned the development work of a Multimodal Logistics Park (MMLP) at Jogigopha in Bongaigaon District under Bharatmala Pariyojna. The Assam state government has agreed to transfer 200 acres of land belonging to the Ashok Paper Mill (APM) to the project in compliance with the Cabinet decision.

The signing ceremony for a formal Memorandum of Understanding between NHIDCL and Ashok Paper Mills with the presence of the Prime Minister, Minister of Industry and Trade and VIPs will be organized on October 20, 2020. 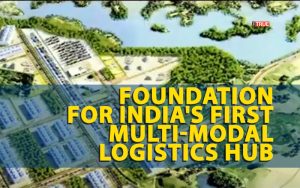 Designed as a state-of-the-art facility, MMLP Jogighopa is a project designed to enhance the country’s economic growth and commercial competitiveness through an integrated, flexible, efficient, reliable and truly profitable logistics network. Its goal is to improve logistical efficiency and facilitate national trade and export and import trade in the region.

According to the state government, the proposed area for the 200-acre site has been determined by the Assam state government, which belongs to Ashok Paper Mills. The project site is in an advantageous location and will provide intermodal connectivity via railways, highways and waterways for states in the northeastern region and beyond. MMLP Jogighopa is also connected to the East-West Corridor via the Tolongia-Hapachara Highway, a project awarded to improve a 4-lane highway.

Read More about: Is the Silicon Valley emptying out?

The Jogighopa MMLP Project is the first of 35 MMLP projects identified for implementation across the country and the only one to be fully funded by the Government of India. Location in Jogighopa. Develop a network of external roads and establish a rail connection to and from MMLP and between MMLP and the inland water station. Development of 40 acres of Inland Water Station (IWT) land. 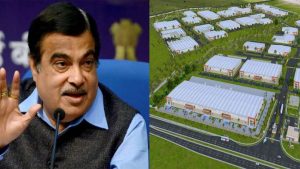 The total cost of the first phase project is Rs. 693.07 crore. The second stage is in the project preparation stage and the project cost has not yet been completed.

Historically, Assam and the northeastern region have had very vibrant commercial activity with neighboring countries. The region had multimodal transportation networks (such as roads, railways, and river waterways) across the territories that are now Bangladesh and Myanmar. But after our independence and the unfortunate division, these ties were cut off and the region was left without an outlet.

The state government added that these disrupted links are being gradually restored under the Act East Policy. So, after more than 70 years, the protocol and standard operating procedures were signed, and now ships coming from the northeast can travel to the ports of Chittagong and Mongla in Bangladesh. The Triple Asian Highway is developing from Moreh in Manipur through Myanmar to Mae Sot in Thailand – eventually joining the ASEAN countries to Malaysia and Singapore on the one hand, and Vietnam on the other. In addition, the Kaladan project will give us additional access to the sea at Sittwe Port in Myanmar. 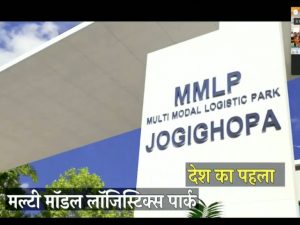 The government stated that backward logistics had been the main reason for delays in the business and transportation of finished goods over the years. “The lack of adequate logistical facilities has hindered the growth of export and import of the country’s products. Indeed, our fresh fruits and vegetables have tremendous access to the international market. And because they are perishable, they deteriorate before we can export and sell these items even in the local circle outside the Northeast “.

The state government added that the park will enhance our ability to use raw materials in an appropriate manner To take advantage of the robust market potential of Rs 80 crore from the Association of Southeast Asian Nations (ASEAN) and BBN and gradually reach the global market “To develop inland waterways and ports on major rivers in Assam, we are doing … Our rivers have been leveled to drain into Bangladesh Barak has already been bulldozed, while Brahmaputra is being bulldozed. The center will help increase road use

Read More about: Global funds make a beeline for realty assets  in  Bengaluru