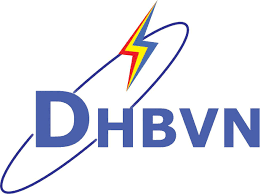 Gurugram: Residents of residential communities developed by eight developers may face power outages and a temporary ban on new connections as developers fail to develop the necessary power infrastructure – a 33 kilovolt (KV) substation and related infrastructure.

Dakshin Haryana Bijli Vitran Nigam (DHBVN) recently issued notices to all defaulters, giving them two weeks’ time to take corrective action to develop the necessary infrastructure. The notice states that the 11 kV partial load installation was a temporary fix, and the developer was supposed to prepare the 33 kV infrastructure within a specified time frame.

“You have renounced your obligations and responsibilities, you have advanced in the sale of land, apartments, and commercial premises for their acquisition without providing sufficient electricity supply for said project. We reaffirm that you are bound by the license clause and the electrical plan. approved for the construction of external infrastructure within the specified time ”, as stated in the notice.

According to the notice, the developer will bear the cost of developing the infrastructure for the 33 kV substation.

According to DHBVN officials, developers have already raised funds to place 33kV indoors and outdoors from providers, but have not yet started building it. “Such behavior amounts to a lack of faith that DHBVN reserves the right to initiate appropriate regulatory action,” said a senior official. , adding that if the developers fail to comply with the notice, the power outage will initiate regulatory action against the builder, request revocation of the DTCP license, disconnect power, stop new power connections, and also declare the developer predetermined.

Developers who have received notifications from DHBVN include the Oasis Build Homes project in sectors 88A and 89A; The Magnum International project in Sector 84; Deepanshu projects in sector 86; The Garden City Colony projects in Blocks 91 and 92; Regal Garden Sector 90 Project; TS Realtech sectors 85 and 86 projects; Crown Propbuild Sector 90; and the Sapphire Landcraft Project for Sector 83.

DHBVN has recently stopped issuing new electrical connections to homeowners in developed colonies by 16 builders who have yet to pay electricity raking infrastructure fees amounting to more than Rs 317 crore.

In October, Chief Minister Manohar Lal Khattar announced that the state government was establishing a policy to provide permanent electrical connections to residents of special development colonies in Gurgaon who were denied permanent connectivity due to unfinished infrastructure works. by its developers.