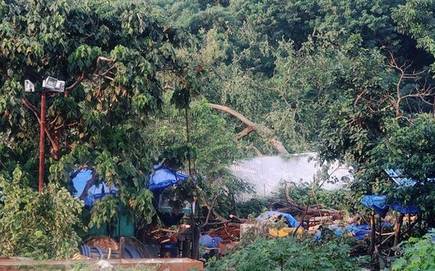 Maharashtra Chief Minister, Uddhav Thackeray put a stay order on the construction of a car shed in the colony of Aarey.

On November 29, 2019, the Chief Minister of Maharashtra, Uddhav Thackeray, ordered the suspension of construction work on the metro car shed in Mumbai’s Aarey Colony, where strong protests broke out against cutting trees. “I have put a stay order on the construction of the car shed Aarey Colony area. I will review everything.” Thackeray said, “I will not allow a culture where trees are cut down.” “Not even a single tree will not be cut until further orders,” he explains.

Subsequently, the BJP-led government in Maharashtra was criticized by Green activists in October 2019, when more than 2,000 trees were cut due to the construction of car shed, which will be built in the Aarey colony, adjacent to Sanjay Gandhi National Park. In response to Thackray’s announcement, his predecessor Devendra Fadnavis said: “The decisions taken by Thackeray will discourage investors and all infrastructure projects will feel stagnant, which is already long overdue.”