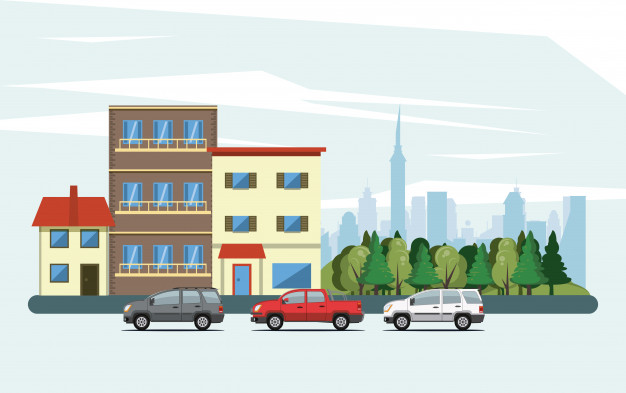 Great news for the MIG and HIG flat owners is revealed by the CHB authorities. More than fifty thousand homeowners will get significant relief after Chandigarh housing board has approved making changes based on the needs. Addition of grilles in home balconies, additional door construction, terrace further construction, and gate shifting is allowed to the homeowners as their needs. The construction in the courtyard area shouldn’t be more than 50% in HIG   and MIG flats while construction shouldn’t be more than 75% in EWS and LIG flats.

The Chairman of Chandigarh housing board, Ajoy Kumar Sinh, told that the pending notices regarding extra construction will be reviewed now. He also told that he wouldn’t like to comment on the canceled flats status. In the previous years, the CHB has canceled several flats of allottees due to violations. The allottees believe that CHB is making the work more robust by asking for the architect approval to do extra construction in their flats. The allottees requested the board to allow them to make some necessary changes and they were ready to pay compounding fee for it. The only thing asked by allottees is that they don’t want to get into the daunting task of taking approvals and permission from different government authorities. The allottees demanded that the administration should withdraw their notices of penal charges until a one-time settlement is confirmed.

The Compounding fee for making changes

The Chandigarh Housing Board has set the price of Rs.200 sq.ft. As a one-time fee for the violations while Rs.20, 000 has to be paid by every household who want to make additions on terrace or balconies. The revival charges are slashed, and the 2500 allottees whose units had been canceled by CHB can be taken by them by paying 2% of market value to get their respective units back. Before this new decision by CHB, those allottees had to pay around 20 to 50% of the value, but with the slashed prices, people can get benefitted. One of the current trending news of CHB is that they have focused on taking care of the demands of allottees.

What are the terms and conditions for CHB allottees?

The modifications at homes have been approved by CHB, but there are certain limits are put out by the board authorities. The additional construction on the terrace and courtyard shouldn’t exceed 50% of courtyard for HIG and MIG flats. The units which are allotted to Low-income group and EWS category can get added construction benefits of 75% of the courtyard area. If someone wants to fix grills on the balcony or want to add glazing, then prescribed fee need to be paid by the home owners. If someone wants to shift gate from the boundary wall to the front courtyard will also have to pay the prescribed fee. The windows can be increased to four inches more. The lift can only be constructed if the Plan Approval Committee permits it.

The Chandigarh housing board has planned to take this decision after the people demanded for their rights. The engineers checked if the additional construction would harm the building or not. It was found that 50% of construction will be totally safe for the building. That’s why board authorities allowed the people to construct extra room on terrace and courtyards. The decision taken by CHB has made the allottees really happy as it never happened before. The nod for extra room on the terrace has made several home owners happier as they never imagined that the CHB would allow for this at such a less price.

It is illegal for the home owners to start construction in their flats without the permission of authorities. They might have to pay the penalty for it or they can also be sent to jail, and that’s why people were demanding CHB to allow them to construct extra room on the terrace. The low earning families who have got EWS flats can construct a room in 75% of the area of their courtyard and terrace while the HIG home owners can only get the 50% of the area for construction on the terrace. This decision is going to prove beneficial for the homeowners who wear waiting to have an extra room at the terrace. Extra grilles can be added in the balcony to give a customized look to the home. The door direction can be changed by the home owners. The allottees will have to pay a little bit extra money to get the construction done, and the payment is prescribed as per the rules of CHB.