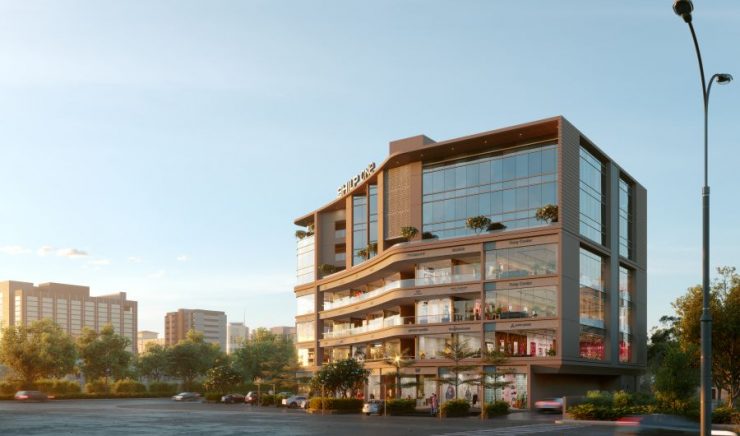 A huge deal was struck just 40 days after a similar sale closed. A developer acquired a 21,000 square meter plot of land in the Göta district of the city.

Market sources put the size of the transaction at Rs 200 crore. A luxurious residential building is to be built on the property bought by the Shilp Group.

In early April, a plot of land was purchased in Bodakdev for Rs 250 crore on which a 30 storey residential project was built.

Yash Brahmbhat, Chairman of Shilp Group, confirmed the agreement, saying: “The agreement is expected to be finalized in a few days after the required paperwork is completed. We are buying the land in Gota, which is close to SG Road.” Brahmbhatt said, “A premium 3 and 4 bedroom apartment will be opening in the area shortly.”

The Shilp Group is planning to build around 300 apartments as part of its project. Since the property has FSI 4.0, it can be easily developed according to the builders. The expansion has recently improved access to the surrounding areas due to the recent opening of crossings and improved connectivity along the SG road. As a result, land demand and prices increased.

Ahmedabad will also have the state’s tallest building – a 41-story commercial project will be launched near Rajpath Club.

Speaking of the market, a real estate consultant said: “The development of a bridge on SG Road has greatly improved the infrastructure. It is possible to travel from Ahmedabad to Gandhinagar in a few minutes.” The consultant adds: “Therefore, the overall expansion is a good magnet for demand for both commercial and residential space.”

The Chancellor said that over the years there had been an influx of company houses along the extension of Vaishnodevi circle to Sarkh. “This has led to increased demand for residential and commercial properties in pockets near SG Road,” the adviser said.

Also Read – What is the difference between renovation and maintenance?

NRI Investments in Indian Real Estate Expected to Grow by 12%