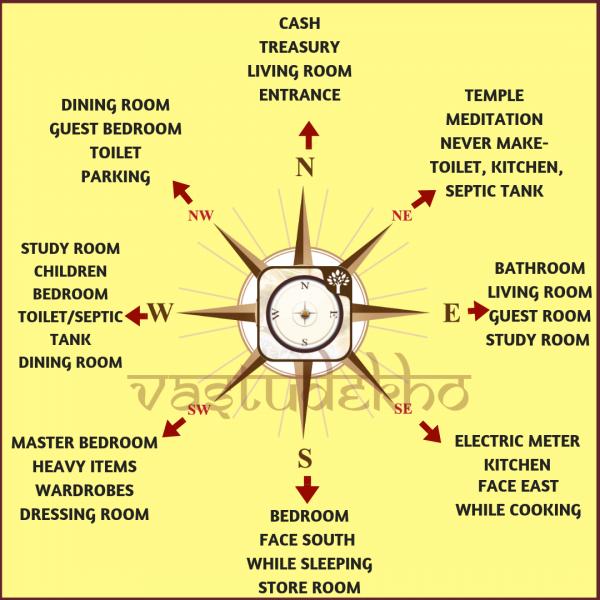 Houses facing east are the second most preferred (the first ones facing north) by many people. However, there is another fact that most people “tend to think” that all east facing homes are the same when it comes to Shaso’s standing, but that is not really the case.

East facing house: What Vastu says about them

As we discussed previously, the unfavorable feel (or lack of it) in a home does not depend on the address, and therefore, believing that all east facing homes are good and south homes are not, it is just a “big and bold misconception.”

Also, as with everything else in Vastu Shastra, there are rules, guidelines, and principles that you might want to follow when it comes to making Vastu for a house facing east. Since Positioning the front door is so important, I devoted the entire following section of the article to that, so scroll down and keep reading.

East is a good direction to place a door in your house as per Vastu Shastra, but this in no way means that one can locate the entrance to the house anywhere on the east side.

This is what all this means