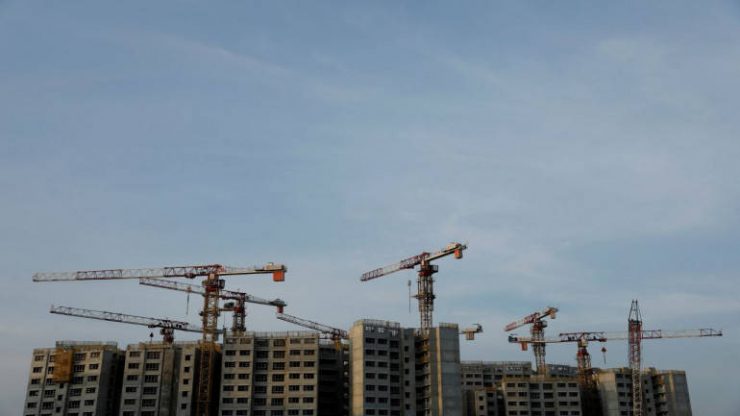 Home sales fell 2% in 35 cities, with the National Capital Region (NCR) recording a maximum decline of 15% year on year, followed by Chennai by 9 per cent, Mumbai (MMR) with 7 per cent and Pune with 4 per cent, the report said.

While the home sales fell from the previous quarter, 20 of the 35 cities saw growth compared to the same quarter last year.

Total sales in Tier 1 cities fell 4 per cent. NCR sales recorded a maximum decline of 15 per cent, year on year, followed by Chennai (9 per cent), MMR (7 per cent) and Pune (4 per cent).

There was a significant drop in all suburbs, except Gurugram, which showed a 50 per cent growth over the same period previous year. The largest decline was observed in Faridabad (71 per cent), followed by Ghaziabad (42 per cent), Bhawadi (38 per cent), Greater Noida (32 per cent) and Noida (26 per cent), according to the report.

The number of unsold homes remained stable on a quarterly basis but increased by 5% year on year. Vadodara saw the largest increase, 40 per cent, in unsold units from 15 major cities, followed by Nashik (22 per cent), Surat (19 per cent), Pune (17 per cent) and Jaipur (17 per cent).

Among many categories, the Rs30 lakh-Rs 50 lakh saw the most launches, accounting for 31 per cent of new units. The Rs. 50 lakh rupees – Rs. 1 crore sector contributed 28 per cent, Rs. 30 lakh and lower 27 per cent. The rest was in the luxury sector, 1 crore and higher.

The weighted average price in 35 cities showed a marginal percentage decrease compared to the previous quarter and the previous year.

Fifteen cities witnessed a decline in prices, while 17 cities recorded an increase. Hyderabad showed the highest price growth of 19 per cent, while MMR and Jaipur among the other major cities showed a maximum of 5 per cent decline in average prices, according to the report.